In 1461 Ashby belonged to James Butler, earl of Ormond and earl of Wiltshire but was forfeited when he was executed after the battle of Towton. Ashby was then part of a land grant to William Lord Hastings on February 17, 1462 from Edward IV. Lord Hastings got licence to fortify Ashby castle, along with three other locations, in 1474. He was executed on June 13, 1483 by Richard III, halting progress o the castle. On July 23, 1483 Richard III gave Lord Hastings widow, Katherine, a grant the restored the family to its inheritance. Hastings son Edward took inherited the estate in 1487. Edward died in 1506 and his Wife Mary ran Ashby until her death 26 years later. Their Son George then ran the Estate. Another family began to build a residence nearby at Bradgate creating completion between the two families. George Hasting was made earl of Huntingdon in 1529 and likely made changes to the brick at the castle in celebration. He also build the towers in the guards, likely to match the towers from the rival family. a few generations later Henry Hastings inherited the castle a declared his support for Charles I in the Civil War and is younger son, also Henry used Ashby as a royalist base. He heavily fortified Ashby over the course of the war. There was a plague in Ashby in 1645 and he surrendered in 1646. The fortifications where then leveled so it could no longer be used as a stronghold. It later became a tourist attecrtion after Sir Walter Scott set he Novel Ivanhoe at Ashby in 1822. 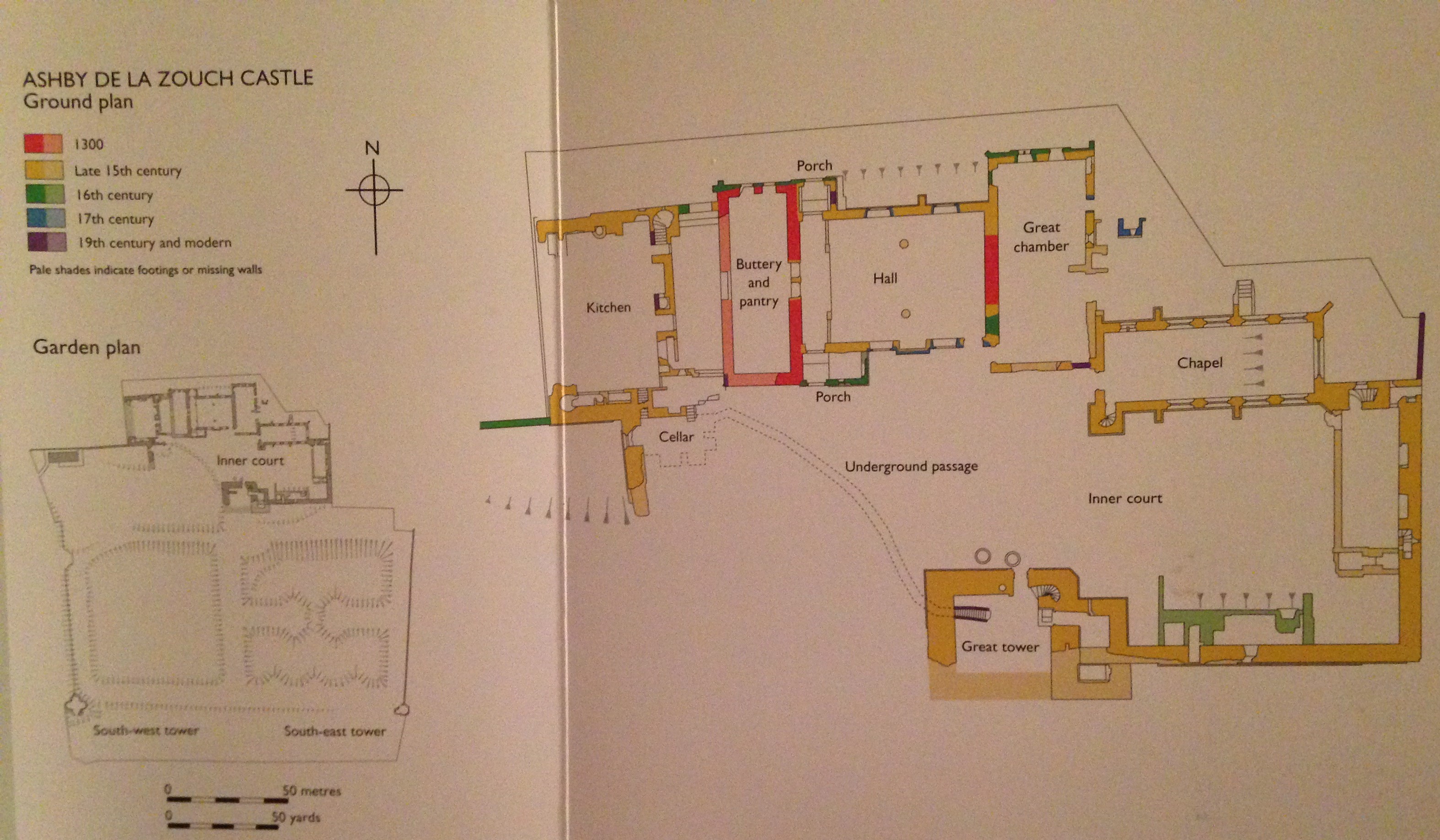