Farnham Castle was originally built as a convent stopping point between Winchester and London by Henry of Blois. It went through many changes throughout its active years to fit the current needs of the residents. It was used a Stronghold in the Civil war before it was demolished by Parliament. 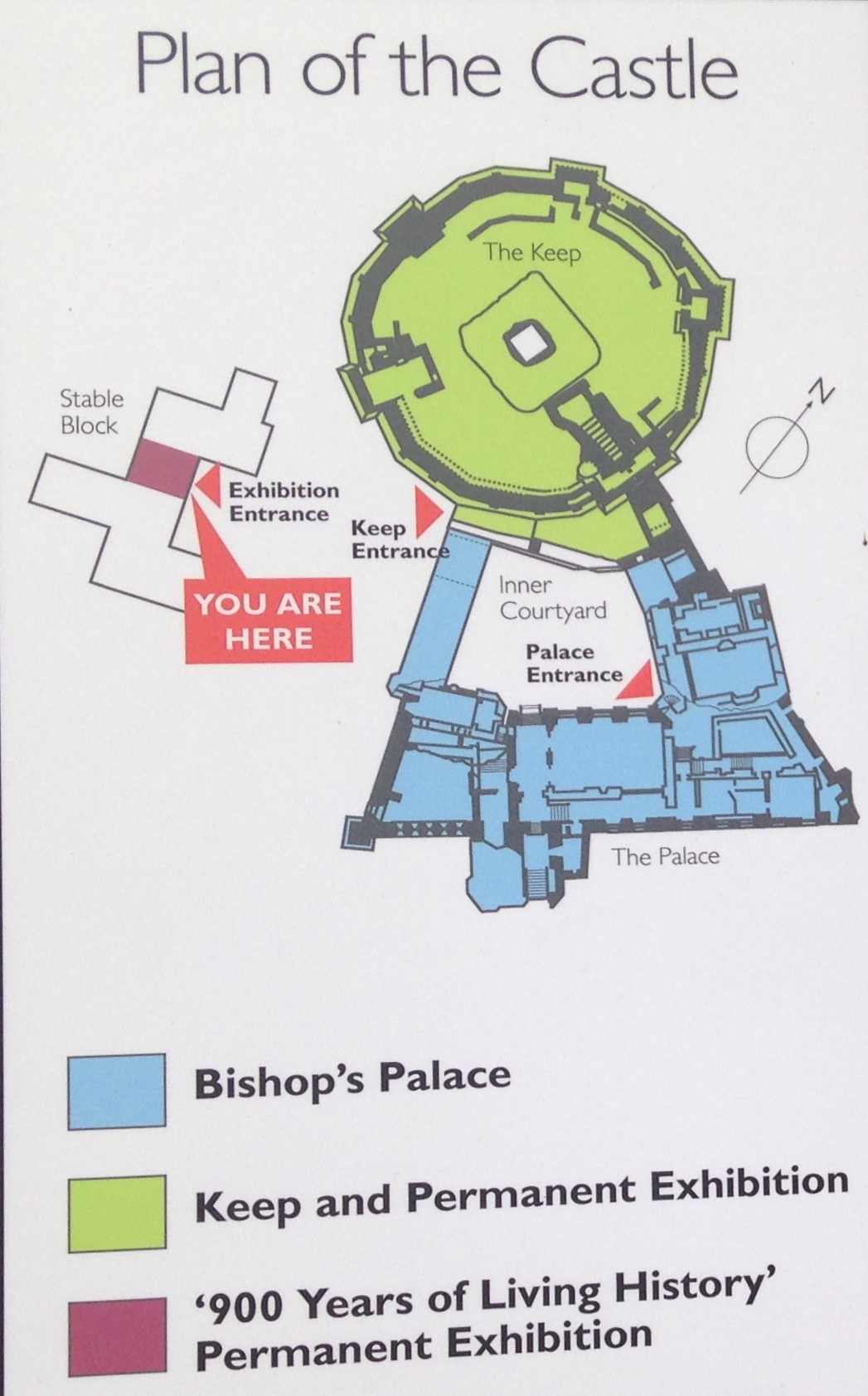 The Keep, called the Norman Square Keep, Consisted of a tower, well and a motte or mound. The motte was made of compacted clay, chalk and other minerals. The tower would have been three to four stories tall and had walls 3 m thick. It would have single rooms one on top of the other and an external wooden staircase. The Norman Chapel was the first building in the Bishop's palace.

The tower had been knocked down and the shell wall was built. It was oddly built around the motte instead of on top of it. It contained five towers including the guard house with bridges to the towers. The guard house had two floors and consisted of a draw bridge a portcullis. It also contained a murder hole and arrow slits for defense.

The original motte got filled in leaving a flat surface inside the shell wall. The Keep Originally contained only essentials for a small garrison in the 13th century but had a counterpart for almost every building from the chapel to the kitchen by the end of the 14th century. The Medieval palace Consisted of a Norman Chapel, a Great Hall and the Lord's Chamber.

Most of the keep remained the same but another floor was added to the Guard house. Additionally the tower and well were filled in and replaced with a garden. Bishop Waynflete added a tower to the Great Hall which was completed in 1475. The Tudor Wing, a half timbered extension into the courtyard, was built in the 16th century to accommodate Elizabeth I during a prolonged stay.

The Keep was made indefensible in 1648 and the gap for the draw bridge was filled in. The castle was in ruins by 1660. Bishop Duppa made the Castle partially habitable again and George Morley completed the restorations. Morley left most of the medieval shell but remodeled the palace interior. 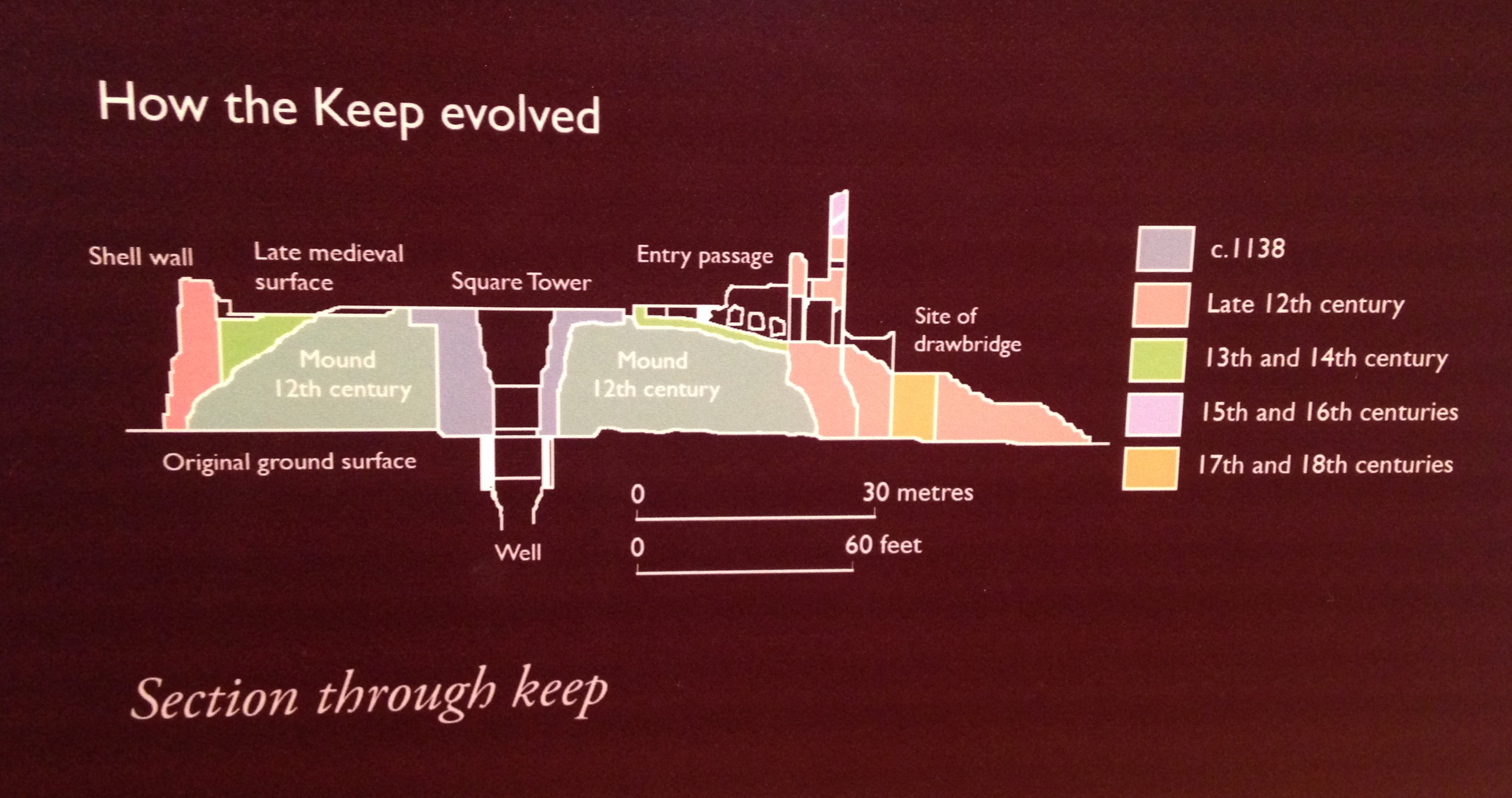 In about 1138 Henry of Blois built the Norman Square Tower along with a castle at Farnham as a convenient stop between Winchester and London. The Tower was most likely pulled down on order of King Henry II around 1155. The Shell Keep was built around the mound by the early 13th century. There is no record of who order its construction but it was written about by Bishop Peter des Roches in 1208. Farnham was held by Prince Louis of France for 10 months in 1216 after he invaded England at the invitation of barons rebelling against King John. Bishop Fox added another level to the guard house in the 1520s. Farnham was of strategic importance during the Civil War between King Charles and Parliament since it blocked the route from Charles western strongholds and the south and south-eastern strongholds. Parliament was only able to hold the castle for a few days but Sir William Waller was able to retake it at the end of November of 1642. Parliament had it destroyed in 1648 so it could not play a further role in the war. Bishop Marley restored the Bishops place in 1660 but left the keep in ruins. he had the remains of the Norman Square Tower and well filled in and replaced with a orchard and garden.