Marie Sallé whom was born 1707 and died July 27, 1756, in Paris, France, was French dancer and choreographer. According to Encyclopedia Britannica, Salle performed expressive, dramatic dances during a period when displays of technical virtuosity were more popular.[1] She was the first woman to choreograph the ballets in which she performed in. She integrated music, costumes, and dance styles with the themes of her ballets, a form that was not officially used in ballet until the ballet reformation in the late 18th-century.[1]

Marie Sallé was born 1707 in France and was a daughter of a tumbler who was player in a company of actors directed by Francisque Moylin.[2] She was one of two children who both had a talent for dance. She made her first debut in 1718 at the St. Laurent's Fair in an opera-comique by Lesaye called La Princesse Carisme.[3] 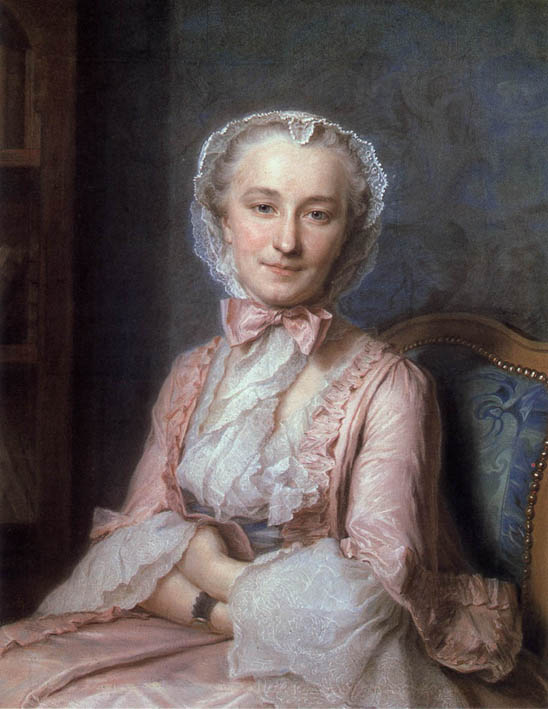 In 1725, Marie with her brother Nivelon were chosen by John Rich, who was the manager of the theatre in Lincoln's Inn Fields, to go to London and perform in his production named Love's Last Shift. She stayed in London dancing in many productions for two years with her brother, then returned to Paris where she started then at the Opera. On September 14th, 1727, Marie made her debut in the Opera in Les Anmours des Dieux. [2] However, she quickly returned to London for some dances then back again to Paris because she would be ridiculed for her ideas in Paris for wanting to refine the dance costumes. She wanted to make them more liberating and free flowing for greater movement. She stayed in Paris from 1728 to 1733 then left to go to Covent Garden (now known as the Royal Opera House) where she choreographed and performed two of her greatest performances, Pigmalion and Bacchus and Ariadne which were both shown in the spring of 1734. [4]

After her season at Covent Garden, she renewed her contract with John Rich and danced for many operas & dance interludes between acts in plays. In an new opera by Handel called Alcina where she performed dressed as a boy. This decision of hers was not welcomed and she eventually went back to Paris. After a salary raise, she returned to the Paris Opera. During her time there, she produced, choreographed and performed in many different ballets that were all wildly praised for her talent, style & grace.

Sallé retired in 1740 with her final opera in Les Talens Lyriques. She performed a little outside of the opera and her last performance was called Phaeton in 1753.[2] She died in 1756. Her reforms in ballet dance were eventually were adopted by other future performers. According to an article about her; "as a dancer she was loved for her naturalness, grace and lack of affectation. As a women she was known for her intelligence and virtue." [3]

This performance was shown on the 14th February 1734 with Marie Sallé as Galatea and choreographer. [5] The music was by Jean-Joseph Mouret. The ballet plot was about Pygmalion, king of Cyprus, who carved a statue of his ideal woman and fell in love with her. [6] Aphrodite then brought the sculpture to life and Pygmalion married her. The name Galatea was the name given to the statue for this interpretation and other performances [6] This performance was put on when the Royal Opera House was called Convert Gardens before the second fire. According to an article on Marie, she danced in a muslin costume with her hair down and un-ornamented which emphasized her belief that dance should be natural. [3]

At the time, ballet dancers would dress in extravagant costumes with corsets. This did not give freedom for much movement. It was unheard of what Marie Sallé did in this performance. According to a review from her endeavor "For nearly two months Pygmalion has been given without any sign of failing interest...You can imagine, Sir, what the different stages of such an action can become when mimed and danced with the refined and delicate grace of Mlle. Sallé. She has dared to appear in this entree without pannier, skirt or bodice and with her hair down; she did not wear a single ornament on her head. Apart from her corset and petticoat she wore only a simple dress of muslin draped about her in the manner of a Greek statue." [3]

Marie was complemented in many reviews for her success & genius in her costume decision & performance. She even got to perform the dance for the King Geroge II and Queen Caroline and all of the Court. Overall, this performance was a breakthrough in ballet history with it's costumes and style.