Difference between revisions of "The National Gallery"

The National Gallery is located in Central London and contains over 2,300 paintings that are free to view by the public. Some notable artists displayed are Leonardo da Vinci, Van Gogh, and Michelangelo.

The National Collection started when the House of Commons bought the picture collection of John Julius Angerstein for £57,000. His collection contained 38 pictures and were kept at his house, 100 Pall Mall. In 1831 Parliment agreed to build a the National Gallery at Trafalgar Square as it was considered to be the very center of London. The building was completed in 1838. Over the years the Gallery has expanded and now spans 46,396 meters squared. 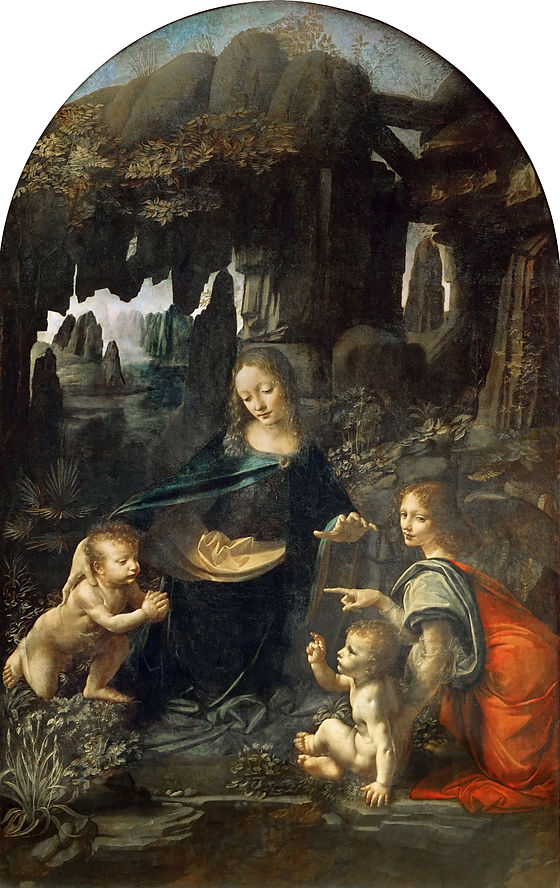 The Virgin of the Rocks

The drawing located at the gallery is The Virgin and Child with St Anne and St John the Baptist. This drawing is deeply intriguing because it was most likely a preparatory drawing for an upcoming at painting when it was first created. The reason this is so interesting is that it looks and seems almost completely finished as a charcoal drawing on a tinted canvas yet it still has some completely unfinished parts to it. This confusion lead Bernardino Luini to create the Holy Family with St Anne and the infant John the Baptist, a painted replica of the drawing from Leonardo da Vinci

The painting located at the National Gallery is one of two versions and is named the "Virgin on the Rocks". The other version of this painting is located at the Louvre. The Virgin of the Rocks in the Louvre is considered to be the older version dating from around 1483–1486 while the Virgin of the Rocks in the National Gallery is still ascribed to Leonardo da Vinci, but dates to before 1508. Originally, many thought that this painting was partially done by one of his assistants, further study from the gallery has determined that da Vinci did the greater portion of the work. Unfortunately, this is still highly under debate. The reason that there are two different versions is most likely because da Vinci created it to for a commission in Milan and sold the Louvre version privately. The London version was then created to fill the commission and given to the chapel of the Confraternity of the Immaculate Conception, a church in Milan.

In 2005, the London painting was examined more closely by the National Gallery, using infrared and x-ray technology. This examination revealed that this painting was actually covering one of a different design. The original design pictured a woman on her knees with one hand outstretched and another on her heart and was most likely for the adoration of the infant Jesus.

In 2009 and 2010, the painting was cleaned and had some conservative work. During this time, the gallery determined that da Vinci had done most, if not all, of the work on the painting as seen today in the National Gallery. 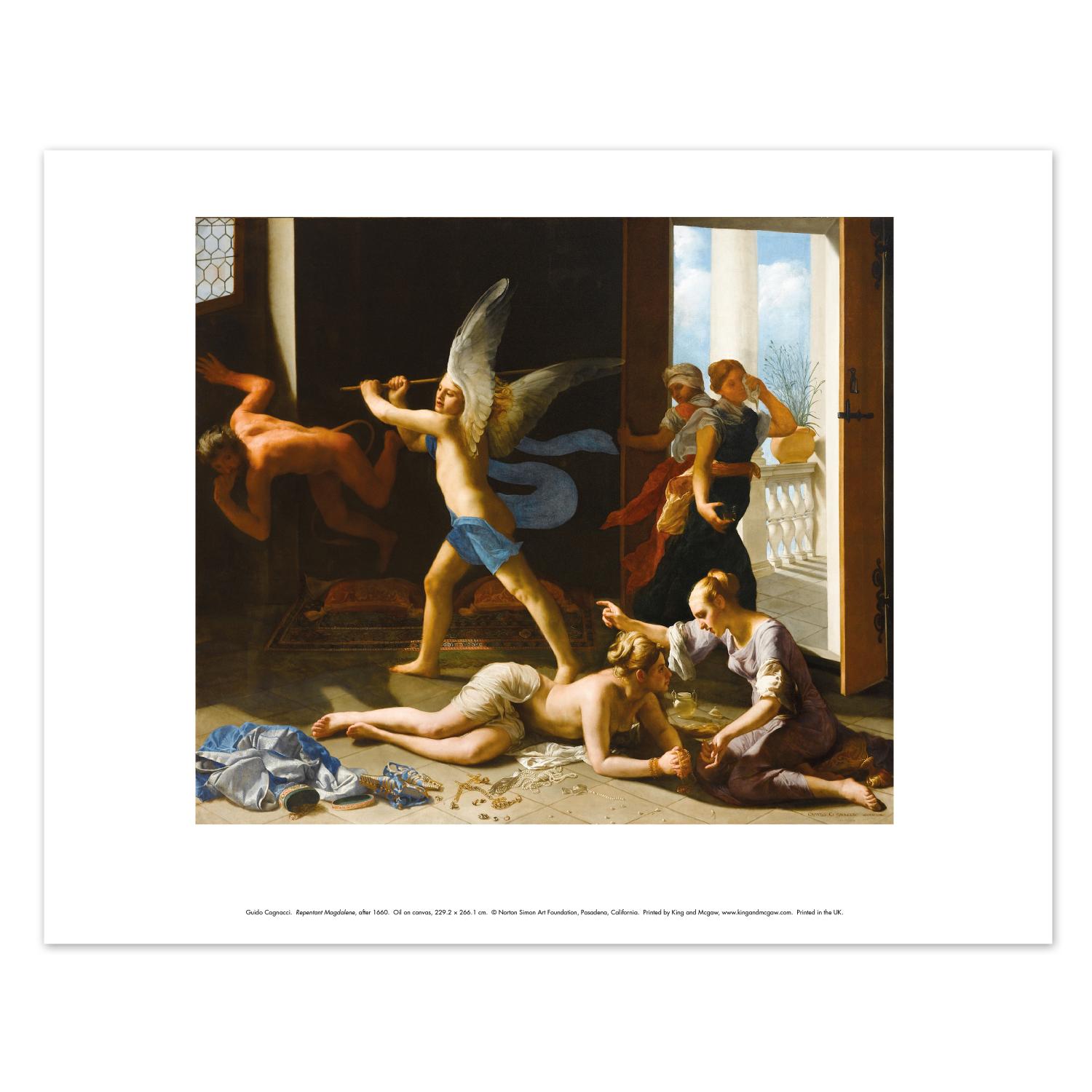 Now on display in the National Gallery until the end of May is a great historical piece of art by Guido Cagnacci, an Italian painter in the 1600s. Cagnacci is not as widely known as da Vinci for example, but his work the Repentant Magdalene is considered priceless. This display at the Gallery is also the first time that a Cagnacci has been displayed in a public collection in the United Kingdom. Portraying Magdalene asking for forgiveness from her ways, the painting also shows the angel Virtue beating Vice, the devil. This painting is one of the only ones that shows Mary Magdalene as a sinner, crawling back for forgiveness, and is a turn away from Cagnacci's usual paintings of half dressed and seductive paintings. X-ray examination of the art has reviled two changes, notable to the servants and the Vice. An original servant was painted over, creating a more intimate environment with less of a crowd. The second change that Cagnacci had made was to change the Vice from standing at the feet of Mary Magdalene, to jumping in the air, giving it a more evil spirit look overall.


The National Gallery in Media

Organize each section of this article so that it has a logical flow. If you intend to discuss one aspect of the origin of a person, place, thing, or idea, identify the appropriate existing section of the article, or create that section if it doesn't exist. Then, make a clear subheading. If you notice that some other information is not organized clearly, rearrange the information, but do so cautiously and responsibly! The goal here is clarity for the reader.