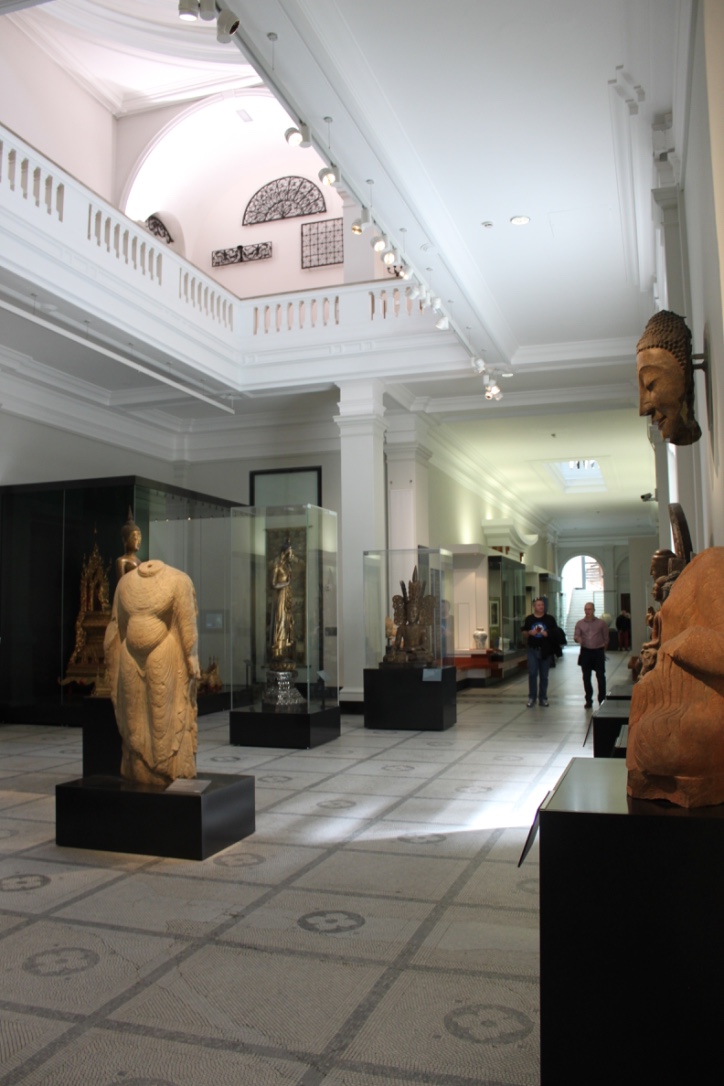 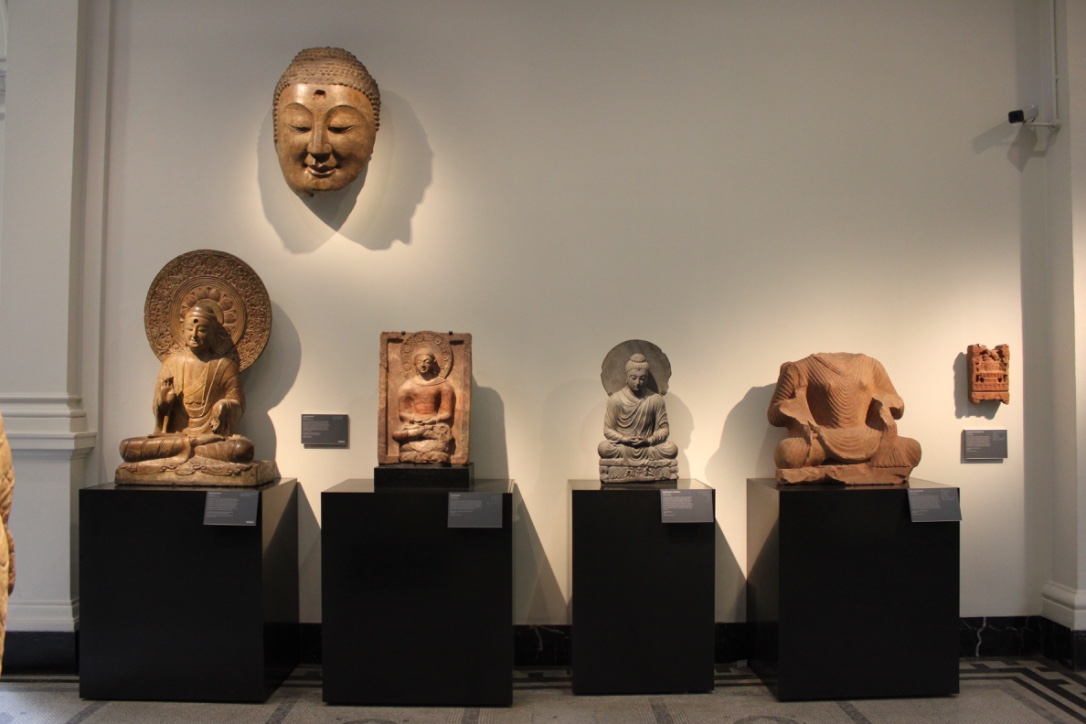 From left to right: 1. Buddha Shakyamuni AD 550-577 found in North China 2. Head of the Buddha AD 550-577 found in North China, only the head remains from the great sculpture that was found in a temple which would have been directly carved out of the limestone and oversaw the worshippers. 3. Seated Buddha AD 400-600 from Pakistan, is similar to the "Buddha Shakyamuni" through similar round faces and flower decorations. This is just proof how ideas traveled through Central Asia via China. 4. Buddha Seated in Meditation AD 200-400 also found in Pakistan, shows the Buddha in a seating position where they are meditating. It has Greek influence through the facial features and robes, which can be related to Alexander the Great conquers. 5. Torso of Seated Buddha AD 200-250 found in North India is demonstrated the typical expanded chest and raised hand pose of Buddha. 6. The Adoration of the Empty Throne AD 100-300 found in North India, this is representation of the Buddha before he was transformed into human figure. The empty thrown had become his symbol after his death.
==Buddha== 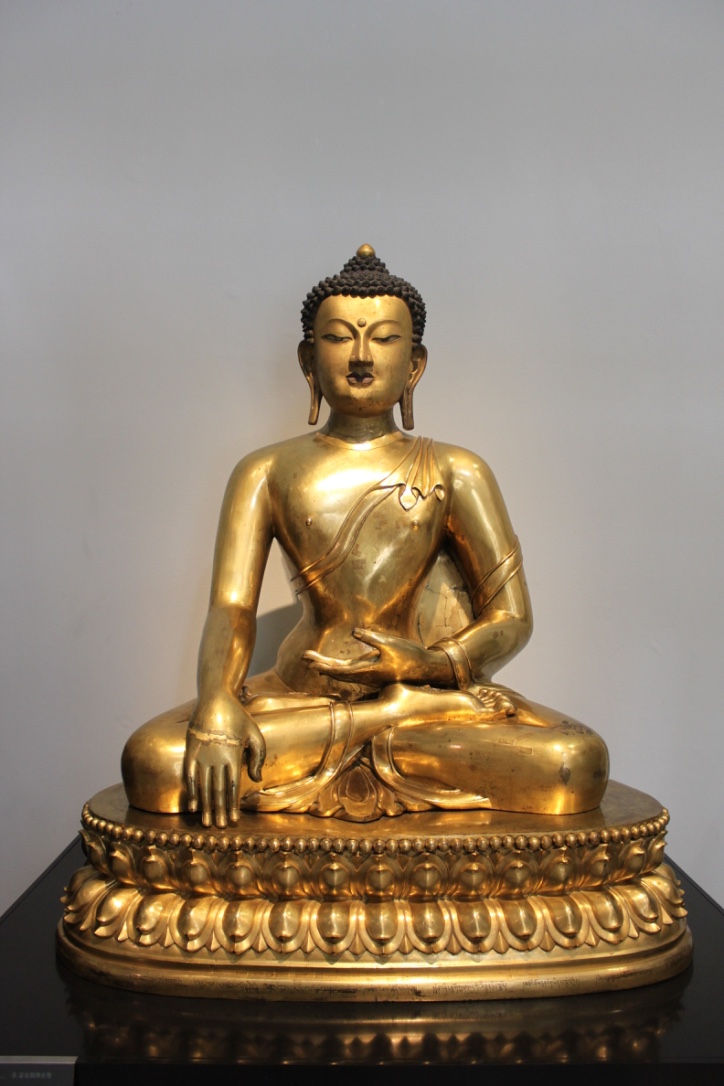