Difference between revisions of "Vnmercouris" 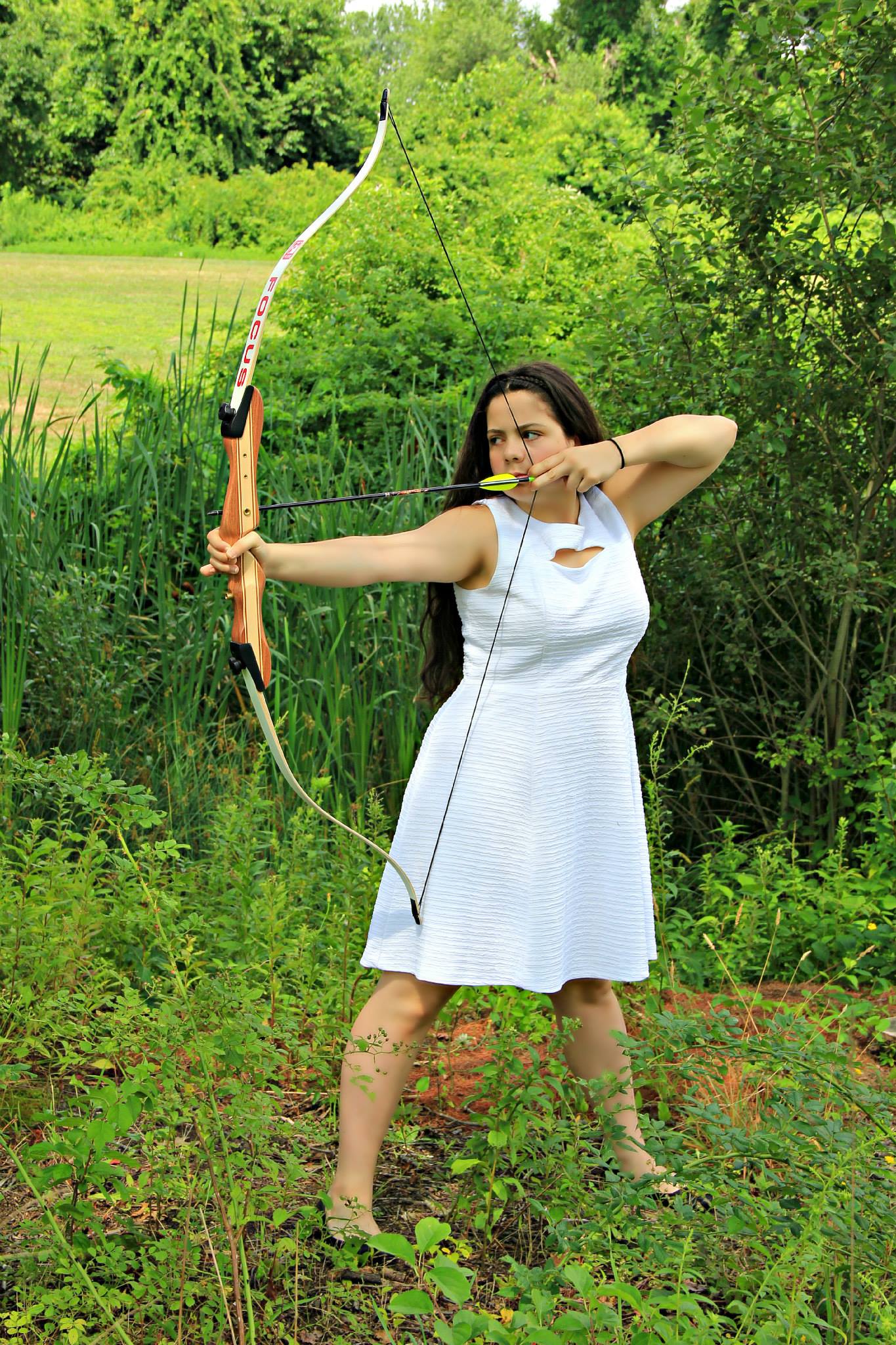 My goal for this trip was to study three different aspects of warfare in medieval times. For my first project, I looked into the defensive architecture of castles. My second milestone was a study of medieval martial arts and looking at how the style still survives in today's society. My final milestone looked at the process of crafting a sword in a modern day forge and evaluating the roles of modern blacksmiths. My previous experiences in the humanities and arts are a Theater Workshop class, and three history classes on the American Revolution, and foreign law and policy. By traveling to London I was able to immerse myself in a historical experience that is hard to get in the United States. I was also given the great opportunity to connect with many locals through my studies allowing me to expand my cultural experience.

Strategical Architecture
For this milestone, I studied so defenses that were put in place in the architecture of castle that would help defend them in times of war.

Keeping Medieval Martial Art Alive in a Modern Society
The goal of this study was to take part in medieval martial arts class and learn how that style of fight survives in todays society even when it is not necciassry anymore.

The Crafting of A Sword
My capstone looked at the process of creating a sword and the role of blacksmiths in modern day.

The first stop of the day was Westminster Abbey, where we toured the cathedral and graves of the many that were buried inside. This activity didn’t relate to any of my milestones. The architecture of the building was amazing though. I really enjoyed the gothic style and the engineering aspect of how since the weight is distributed through the columns walls become unimportant in terms of bearing weight. For this activity, I created The Order of The Bath section in the Westminster Abbey page, in which I wrote about the knights that are honored in the church. The next place that we traveled to was the Tower of London. This castle was simply amazing and fit right into my first milestone on defensive architecture. I ended up spending 4 hours touring through all the different buildings, visiting the crown jewels, Beauchamp Tower, Bloody Tower, the Torture Chamber, and walking on the outside wall. The one major piece of defensive architecture that I could easily see where all of the small cross-shaped holes for archers in the towers, that allowed them to shoot at incoming enemies while providing as much protection as possible. I was also able to view some beautifully crafted swords in the armory that relates to my third miles stone. After finishing up at the Tower of London the last stop of the day was the British Library where I started my research on what castles to visit and wrote my article on The Order of The Bath.

The Natural History Museum is easily one of the largest museums that I have been in, while this made it slightly hard to navigate it was also a fun challenge to try and see all the exhibits that were available. This Museum didn't really relate to any of my milestones at all in terms of content, I did however like they way they displayed a lot of their information. In the body exhibit, there is a section on The Human Mind which I wrote about, that uses many interactive games to prove different concepts to the player. There was also a very creative display on the 2011 earthquake that hit Japan; it allowed visitors to stand in a fake store in Japan and experience the earthquake first hand.

As a person who is not very interested in paintings as an art form I wasn't conpleatly interested in The National Gallery. That did end up working to my advantage though, because I wasn't interested in the art hanging the wall, I ended up noticing how brilliant the architechture of the building is. I ended up writing my article on what I consider the Hidden Art inside the gallery. All around there was evidence of great care that went into crafting the building. Many of the upstairs rooms focus on using natural light to show-off the painting in the room, with beautifully designed large windows surrounded by elegant carvings and paintings on the wall. Even the way the wood was placed on the floor gave way to different patterns that complimented the rest of the room. While this was more on the side of an art perspective to architecture rather than a practical side it provided practice to try and notice what is often overlooked which I hope will help me when I go to explore castles this upcoming weekend.

This so far has been my favorite location out of the places we have been. The collection of items available to view was humongous ranging everywhere, from clocks to the history of Japan. This museum was also a big help with my capstone project as there was a lot of information available on the different ways that other countries used to make swords which included practical and decorative one that were on display. The sword that really stood out for me was the one from the samurai collection on the top floor in the Japanese exhibit which was what I wrote my article on. The displaces of different weapons were pretty inspiring in terms of designs and it makes me upset that I will need to wait so long to attempt to make my own.

The statues within St. Paul's Cathedral were absolutely stunning. The other thing that stood out to me today was a picture done by a street artist that was on display in the cathedral, which they used to relate the Virgin Mary to signal mothers all over the world. This piece of art in the cathedral was inspiring because it showed a connection between a 300-year-old church and a modern day artist. For my contributions today, since there was so much already written on St. Paul's Cathedral I decided to just do some editing on the whole page.

As a person who doesn't like modern art, this museum pleasantly surprised me. I enjoyed playing on the interactive doodle bar that was set up on the 1 level. I feel that it was a great way to try show what the art you had just seen meant to you. I also really like the exhibit Monument 1980-1, which was what I ended up writing about. The piece of art really gave everyday heroes that may have gone unknown a voice. I also enjoyed that the artist memorialized herself in the art by recording a tape on the heroes and the topic of death. It felt like I was able to make a personal connection with her especially since I was the only one listening to it at the time.

For this museum, I really like the timeline layout. I feel that it really put all of London's advancements into perspective by having them one after another, it showed all of the growth. This will be important as I continue with my first milestone because after visiting the castles I have noticed that the best defenses weren't always around, they happened overtime. So after seeing this, I may want to make a timeline for each of the castles I will be studying to show their growth and the development of their architecture. Also after seeing the museum we took the time to travel over to Borough Market which was simply amazing. For me, this is exactly how I would imagine a modern day medieval market to look so I ended up creating an article on that instead of the museum.

By this point, I am getting a little tired of art museums since I am not much of an art admirer. I did enjoy the collection from the 1800s the most.What I ended up noticing in a lot of the pieces of art was the theme of being inspired by literature. There were paintings based off of plays, poems, and myths which I found interesting.

The museum today had a large selection of things to view. Some of my favorite exhibits included the castings, the jewelry, and the middle ages. While I just enjoy the first two because I found the pieces in their stunning, the last one had pretty good significance in terms of my milestone since it was set in the same time period. Unfortunately, there was not a lot in the way of weapons or architecture, but I did enjoy the woven tapestries and the selection of trunks that were on display. My favorite trunk was the one that purpose was specifically to hold important documents. The trunk weighted an immense amount, had a secret catch level in order to open it and even if a thief got in they would also need to break into the safe located inside to get the papers. So while this doesn't necessarily fall into the architecture level of defense it would have been very critical for the safe keeping of important or secret documents. Also since our group was the last one to visit this museum there wasn't much left to work on for the page so I just did some spelling and grammar editing on the page.

This museum didn't relate at all to any of my milestones, I did however enjoy spending time in the gardens. We ended up just relaxing and working in them for a few hours because it was so peaceful. For my contribution to the article I decided to wrtie about the sundial path that spanned through the gardens.

The only part of the palace that really related to any of my milestones was one of the King's bedrooms. The first room that you walk into is lined with weapons. They completely cover the walls to make out intricate patterns. While it was mostly made up of guns, there were also polearms and rondel daggers the latter of which is the type of dagger that I work with in my martial arts classes. Since there was no overview or background for the page I added that as my contribution today.

Many of my projects could not have been possible without some of the amazing help that I received. Thanks to The Exiles and Schola Gladiatoria for letting my take my martial arts classes with you. I also appreciate the Forge of Avalon for letting me take the forge your own sword class and teaching me essential techniques that a modern-day blacksmith should know. Finially I would like to thank Professor Jeffrey L. Forgeng for his extensive help on book recommendations for my background, as well as Trinity Tedtsen for filming and Justine Roy for being my sparring partner.