One of Britain's most known artists is Turner (1775- 1851). He has become known for his history paintings, landscape and marine, and modern subjects. He also has learned to play with different techniques to show lights and sunsets/sunrises throughout many of his paintings. Here are just a few examples of his works of art seen throughout London's Museums.

Joseph Mallord William Turner (JMW Turner) was born in 1775 and became an influential British painter for his generation most notably known for his landscape paintings. He was the head exhibit at the Royal Academy, after realizing and making sure his work could be widely seen and accessible. Perhaps this too was the reason for hanging work then finishing them on the scene. He first started with water colors, but then moved to oil paintings after learning to start with a white base to allow the same glow as do water colors. Also, as time went on he started to become looser and looser with his paint strokes, creating controversial works of art at the time. Many of his works of art on display at Tate Britain, but also on display at The National Gallery.

The Chlore Gallery is located on the second floor of the Tate Britain, it is currently home to The Turner Collection. Subdivided in three separate rooms, the wide varied of Turner's work can be found here. 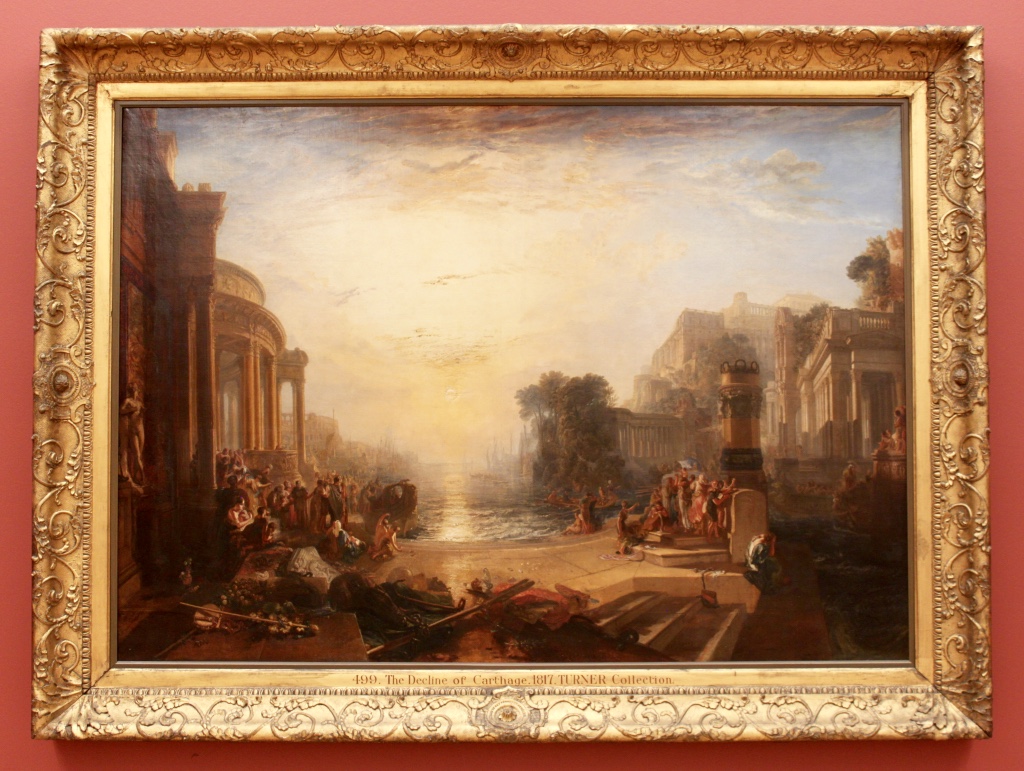 The Decline of the Carthaginian Empire exhibited 1817

Room One: Turner as a British Artist
This room displays his popular subject matter of landscapes and contemporary life, focusing on British aspects and locations. At the start of his painting career he often took tours during the summer throughout Britain noting the landscapes, coasts, and everyday life. Again, he had a variation including ones highly focus on landscape and others with lots of human activity. Also at the start of his career, Britain was at war with Revolutionary and Napoleonic France, which allowed him to focus on the British subjects, many of his work reflecting the naturalism and patriotic sentiment. Through his work, the change from war to Victorian prosperity and confidence can be seen. 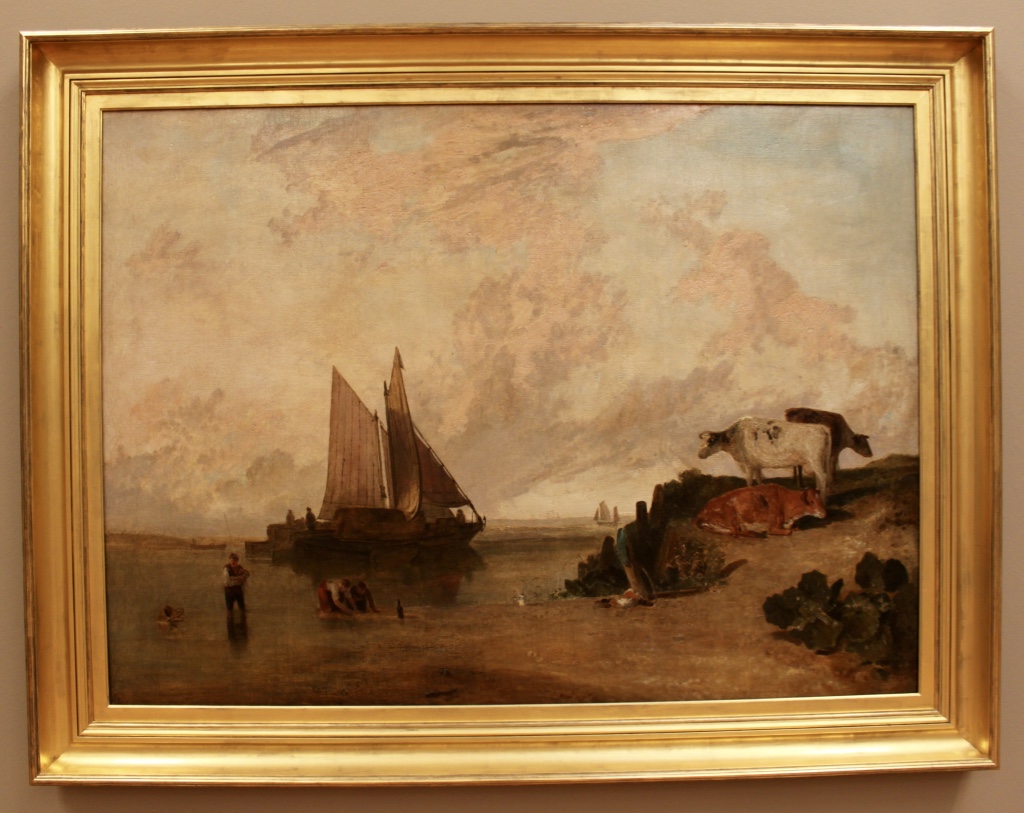 Room Two: Traveling Light
Turner's first trip outside of the country was in 1802 to Switzerland and France. He only ever traveled within Europe, including Italy, France, Belgium, Holland, Germany, Luxembourg, Denmark, and Bohemia. He would travel by foot until later in his career when the steam power was created and only cary his art supplies. Here in room two, artwork from his travels can be observed. 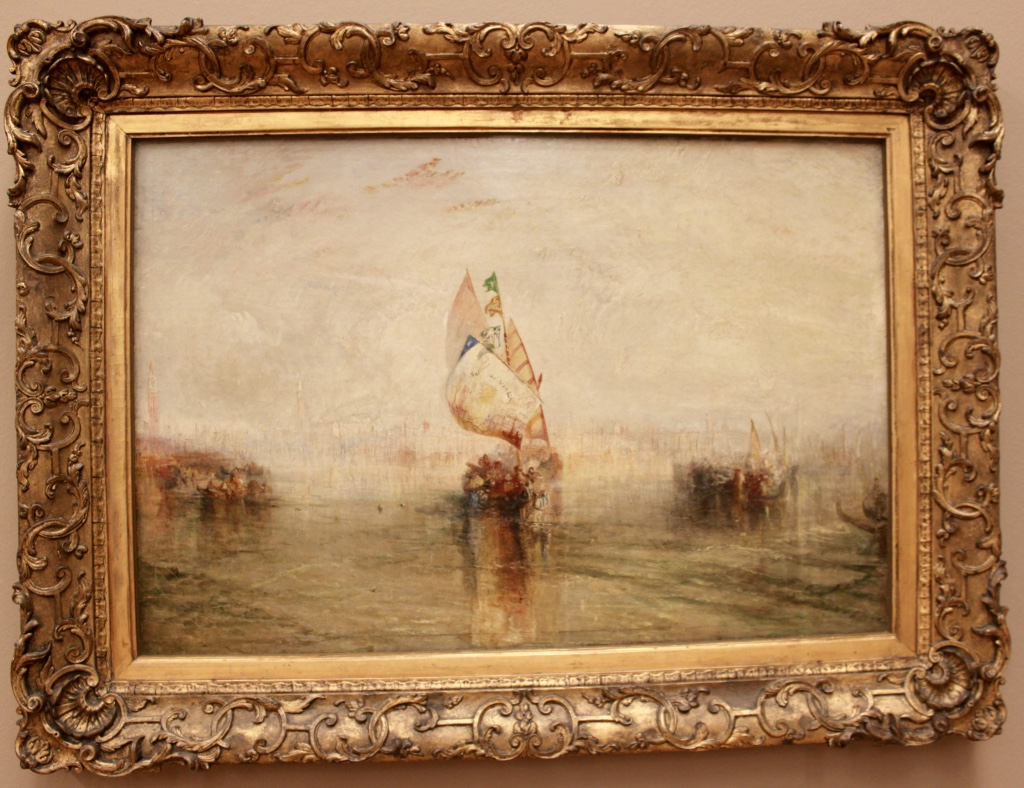 The Sun of Venice Going to Sea exhibited 1843 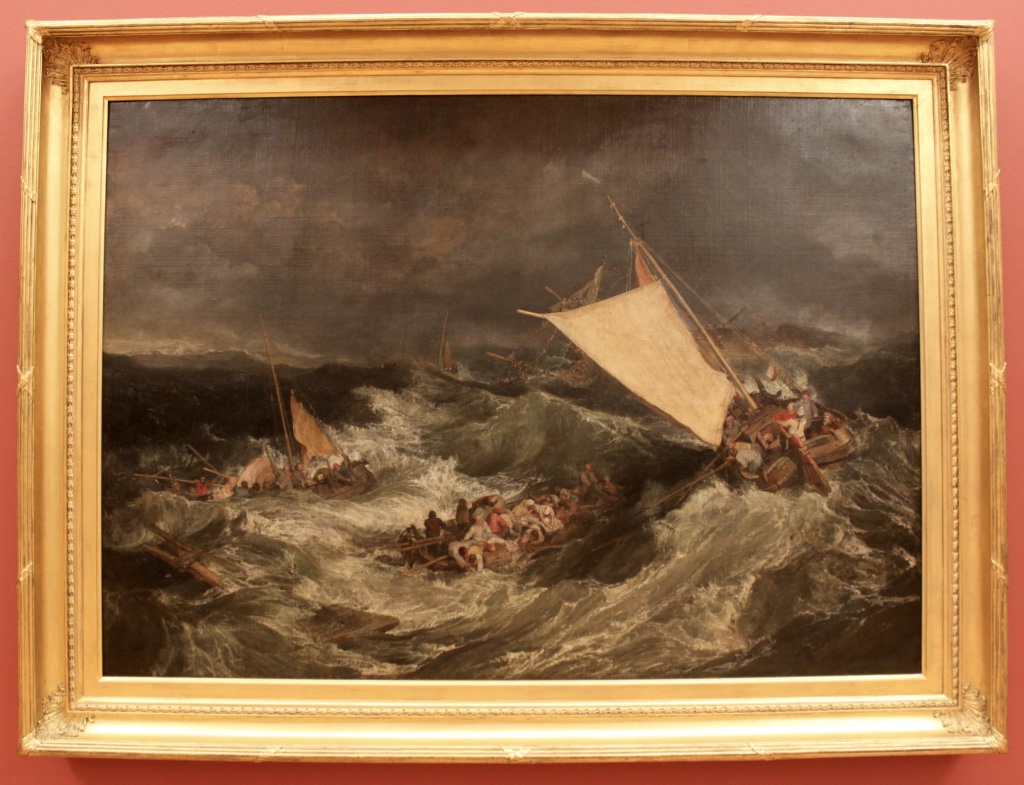 Room Three: Found in Turner's Studio
This room is full of unfinished works of art, that were left in his studio. It was in his studio where he had done most of his work, rarely working outside. However, he often exhibited his artwork in the Royal Academy first and the completed them as they hung up. This created insight into his methods, which many on lookers loved to admire. He also tended to work on multiple canvases at once. 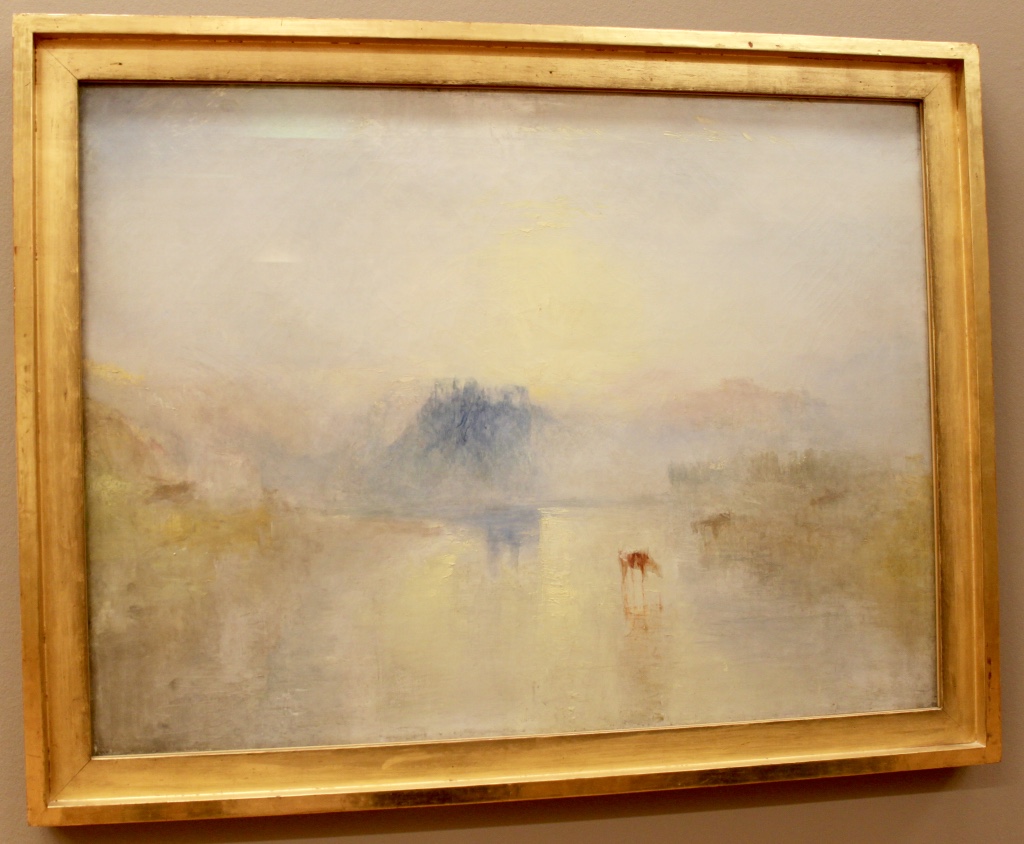